About the presidential elections in Austria 2016.

The presidential elections in Austria on the 4th of December were won from Alexander Van der Bellen, with a steady lead to Norbert Hofer. The Revolutionary Construction intervened in every period of the one-year lasting election campaign on the basis of the active boycott of the elections and developed many activities. The ruling class managed it, with a strong dramatization of the election campaign, by promoting it as “future-oriented, historical decision”, to rise the participation votes and to integrate in some way especially (but not only!) petty bourgeois parts of the masses in the election campaign. The integration of important parts of the masses was made mainly by Van der Bellen, the candidate of the Green Party, who compeded as an “independent” one, but got support from nearly every party of the parliament. The movement which was created for the election campaign of Van der Bellen reached from the cities into the villages and included young as well as old people, which were firstly united under the goal to “prevent” Norbert Hofer, who is standing in an German-national, national-socialist tradition. With this campaign the bourgeoisie reached a strong mobilization for its own interests: To popularize the elections under the people on the broadest basis possible and to create the illusion, that they could “participate” in the dictatorship of the capital. So the ruling class could stabilize on a certain grade with the elections, which means a small victory for them. At the same time the movement which was created by Van der Bellen is extremely inhomogeneous, they got just united to prevent the opposing candidate, which means that the basis of the movement is highly instable and the bourgeoisie cannot base on it long term.

The contradiction between the ruling class and the people (especially the working class), between the imperialist Austria and the (semi)colonial oppressed people, as well as the contradictions between the Austrian bourgeoisie to other imperialists, will further increase. Van der Bellen can be considerate as a candidate, which represents those parts of the ruling class, which want to go the way of a stronger EU, by upgrading the political EU-centralism and the creation of an EU-army. In order to that the inner-imperialist contradictions, especially with Russia and the USA will increase. Not without a reason Van der Bellen criticized the new US-president Trump for making statement which leads to “doubt of his capacity of NATO-alliance.”  However Hofer was a candidate of these parts, which want an more aggressive role of Austrian bourgeoisie, and do not absolutely need the EU in its current political form. His electoral defeat does not mean that it is no option anymore for the Austrian capital; it just means that it is not the option in that moment. For the reason that also under the president Van der Bellen we cannot expect measured against the further impoverishment of big parts of the masses, nor will the plundering of the (semi)colonial oppressed people will be weakened, and he will not take struggle actions against the uprising fascism, the movement with led to the electoral victory will be weakened and will be breaking apart in the near future.

The parts of the political organizations and “parties” which called for voting Van der Bellen as “lesser evil” were important to build up a “left” part of the electoral movement. They created the illusion, that it really would be a “fundamental decision”, which would have a principal relevance for the masses. With this they are now co-responsible for all the crimes, which Austrian imperialism under this green president will make against the masses worldwide and in Austria. On a certain point it is understandable that persons which have anti-national-socialist thoughts got carried away from the political dynamic of the election campaign and were blinded with illusions, but organizations and “parties” which joined this awful game, have to answer for this in the next years. They supported the “liberal” face of imperialism becoming president with their calls and active help, and they cannot undo it by talking the day after elections again of “resistance and struggle”.

The electoral defeat of Norbert Hofer is, as we mentioned above, not a final defeat. Maybe the person Norbert Hofer got prevented, but we cannot ignore that he reached a high double digit result, and so created a stable ground for these parts of the bourgeoisie for elections in the future and also improved the general political position of this forces, also if they now did not immediately realized their plans.

It was remarkable that big parts of the organizations of the so called “left” supported Van der Bellen. But it has to be clear, that the main enemy in this country have to be Austrian imperialism – with all its faces. The result of the elections also showed that there is a stable potential of the masses, which is not participating in the elections, despite the huge effort of the ruling class. It shows that the principal position of the active boycott of the bourgeois elections is not just true, but also has to be especially pointed out in the future. It have to be stronger mobilized against all anti-people and anti-worker measures of the bourgeoisie and the orientation towards the support and sympathy with the revolutionary way to socialism and communism have to be underlined. Within our own rows we realized some form of pressure, initiated by the long-lasting election campaign of the bourgeoisie, but on the other hand we could also develop our own forces in important questions, especially under these certain conditions. We correctly used our possibilities in the most important points and our political assessment was correct in the main side, even though it has shown to us that we have to be more flexible and faster in tactical questions with increasing complexity of the class struggle in Austria. Based on the positions which we engaged in the last year, we will succeed. The polarization of the political struggle, which was made during the last elections, intensified the conditions, but also cleared up the dividing line between reaction and revolution, which is very good. This new situation can be used from us, if we further strongly base on the deepest parts of the masses and when we follow the revolutionary way for socialism and for the reconstitution of the communist forces in Austria, with all our sympathy and powerful support.

Active boycott of the elections!

No illusions in imperialism!

Down with capital – Forward to Revolution! 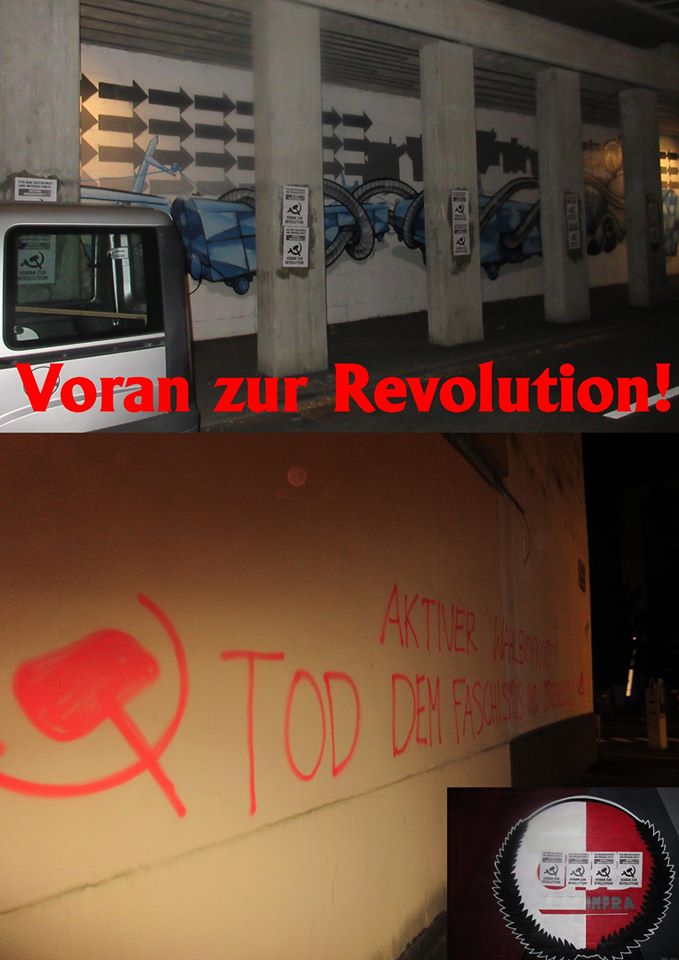 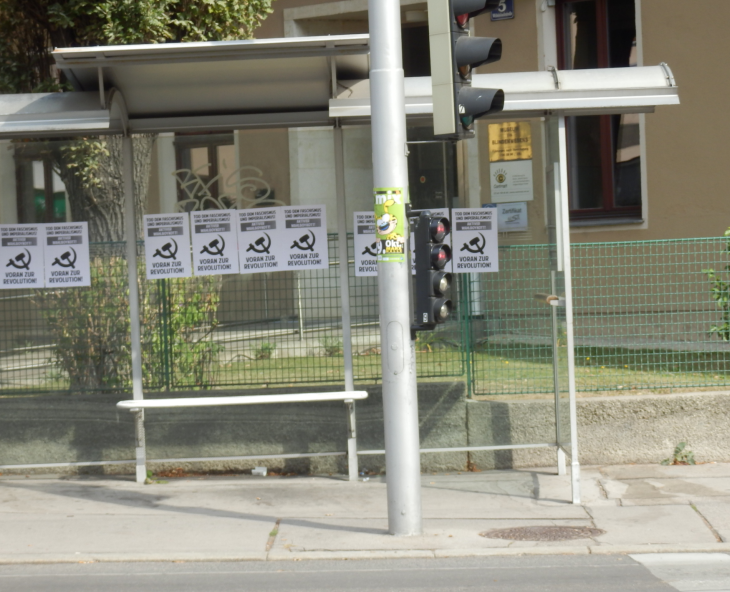